Wireless networking is becoming more common in many educational establishments due to the increased flexibility it offers over a wired network with fixed PCs. With the growing amount of schools looking to deploy laptops instead of books having a wireless network deployed correctly is crucial.

Wireless Local Area Networks (WLANs) utilize radio frequency transmissions to enable computers to communicate with the network. Xtivity works closely with your network manager to arrange a wireless site survey – this can measure how the radio signal strength varies through your school walls and ceilings – which then allows a calculation of the number of wireless access points needed for full site coverage. Wireless access points are installed in the location that the wireless network is to be used and these transmit the signal to computers accessing the network.

WLANs can be used without any connection to a wired network, but they usually form an extension to it allowing users to roam freely. A wireless network offers greater flexibility as it allows users to access the network in different parts of the school as opposed to having to gain access from fixed locations. However, variations in signal strength caused by physical obstructions, such as walls, or radio interference from other wireless devices can alter the user experience from location to location or at different points in time. 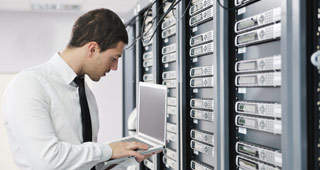